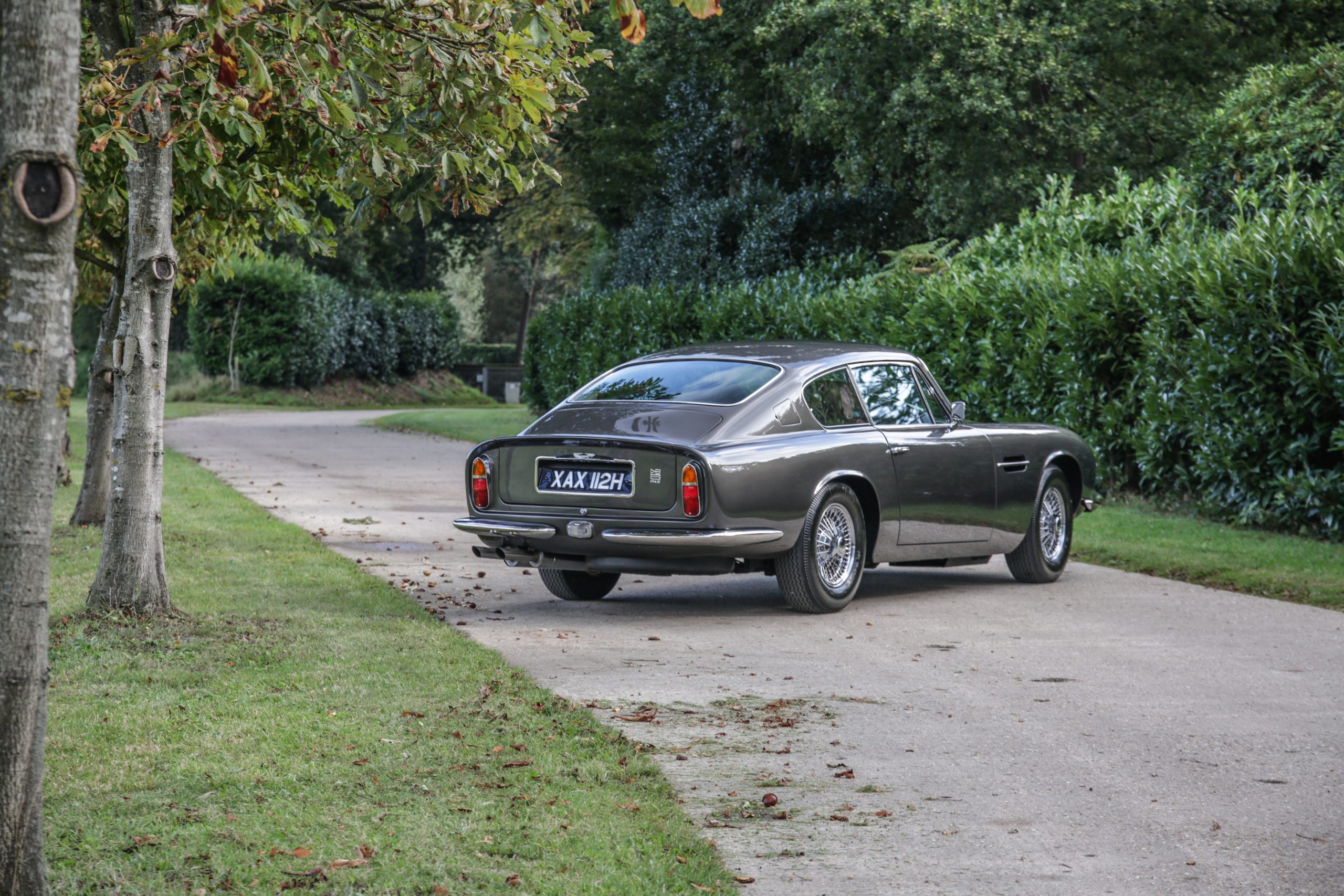 The culmination of the Aston Martin’s long running line of ‘DB’ six-cylinder sports saloons, and thus considered by many to be the last ‘real’ Aston, the DB6 was introduced in 1965, updating the DB5. Although recognisably related to the Touring-styled DB4 of 1958, the DB6 abandoned the Superleggera body structure of its predecessors in favour of a conventional steel fabrication while retaining the aluminium outer panels. Increased rear-seat space was the prime DB6 objective so the wheelbase was now 4” longer than before, resulting in an extensive restyle with more raked windscreen, raised roofline and reshaped rear quarter windows. Opening front quarter lights made a reappearance but the major change was at the rear where a Kamm-style tail with spoiler improved the aerodynamics, greatly enhancing stability at high speeds. These many dimensional changes were integrated most successfully, the DB6’s overall length increasing by only 2”.

The Tadek Marek-designed six-cylinder engine had been enlarged to 3,995cc for preceding DB5 and remained unchanged. Power output on triple SU carburettors was 282bhp, rising to 325bhp in Vantage specification, enabling it to reach 60mph in just over 8 secs and onto a top speed of 150mph.

The DB6 MKII was built at the historic Newport Pagnell factory and it is widely regarded as the most desirable DB6 model with only 244 cars produced. The final specification shared many parts with the DBS. Including wheels and tyres, hubs and more comfortable seats, the wider tyres are accommodated by slight flares over the wheel arches.

The Aston Martin DB6 MKII (Registration XAX112H) offered here at Autostorico is finished in Cumberland Grey with Burgundy leather interior and Red carpets. Supplied through H.R. Owen Ltd of South Kensington London, Chassis No: DB6MK2/4149/RC was first registered to George Nicholls Associates Ltd London, on the 16thFebruary 1970. This stunning DB6 has always remained in the United Kingdom and in 2007 was purchased by Robin Pinchbeck of Chiddingfold, Surrey. Mr Pinchbeck commissioned a full restoration with works being completed in 2011. The chassis and body were entrusted to Bodylines Ltd and painted by Marksdanes Ltd. Aston London rebuilt the engine to 4.2 litre specification using parts supplied by Aston Engineering. This included a fully counter-weighted MK4 crankshaft with Cosworth pistons and competition con-rods. Marksdanes Ltd then re-assembled the car before Sigma Engineering carried out final tuning and rolling setup.

XAX112H was purchased by its current owner in 2014 this stunning example has been sparingly used and has covered a mere 5100 miles since its restoration.

Viewing strictly by appointment only.

Enquire nowFinanceBack to cars for sale