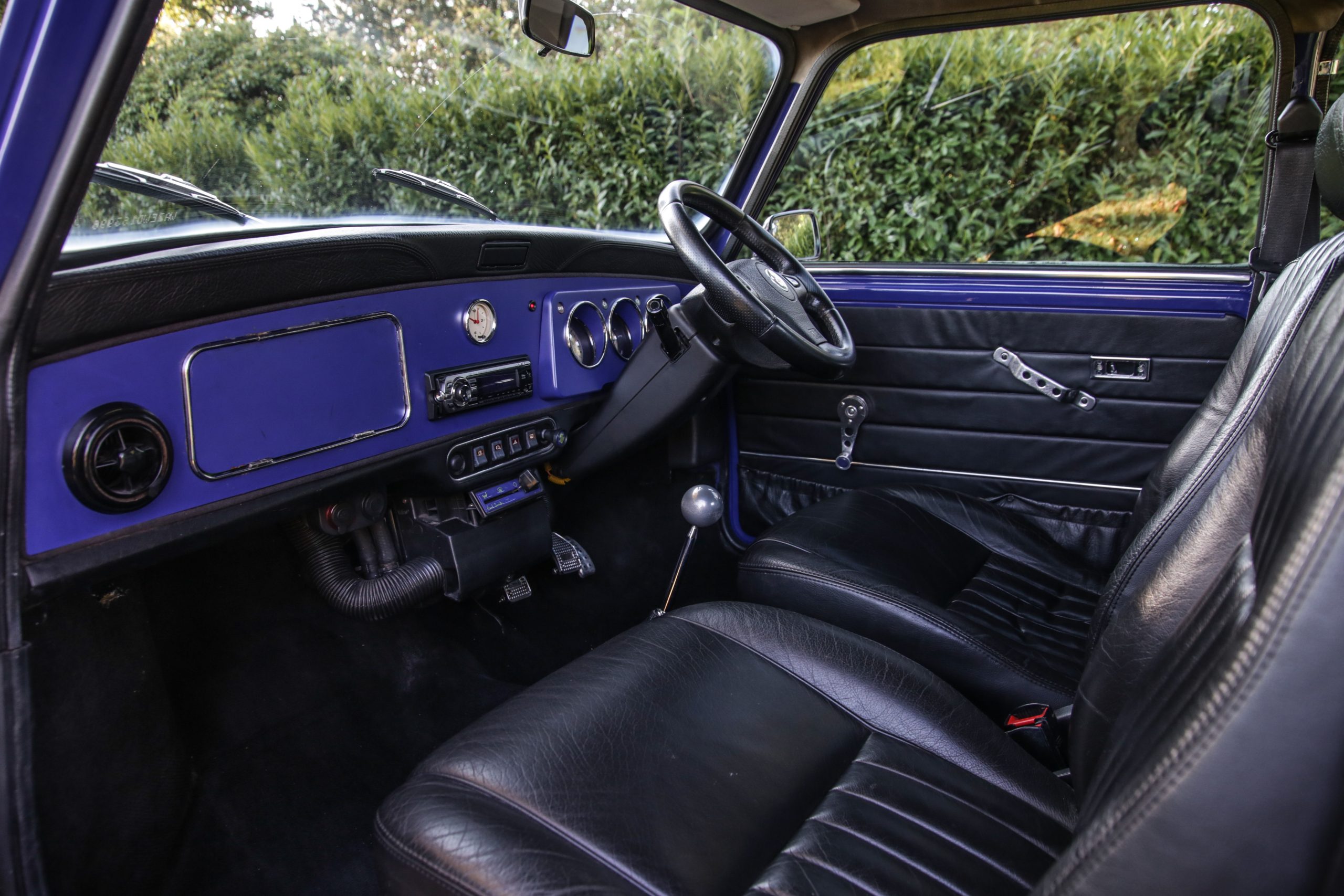 The original Mini was conceived in response to the 1957 Suez oil crisis. The British Motor Corporation (BMC) tasked Alec Isogonic with creating a small, fuel-efficient vehicle. Leonard Lord, President of BMC, was also keen to see that a safer alternative to the bubble cars that were popular in Germany would be built and sold in Britain. With the insistence that the design, be no more than 10ft long and would devote an unprecedented 80% of its footprint to passenger and luggage space, Isogonic took his tablecloth sketch to production reality in under two years. Launched in 1959, the Mini was a radical design of its time. The transversely mounted engine with its gearbox-in-sump arrangement drove the front wheels, this ground-breaking technology allowed room to house four adults.

The final version of the Mini was built between 1996 to 2000 and incorporated, twin point fuel injection with front-mounted radiator. A full-width dashboard replaced the original shelf, an internal bonnet release and driver’s airbag were added. Production ended in October 2000 signalling the end of the original Mini after 41 years.

The Rover Mini Paul Smith Limited Edition, 1 of 300 UK cars, offered here at Autostorico is a 1999 “S Plate.” Finished in Paul Smith Blue with Black leather interior. Having covered a mere 75,666 miles this stunning example has been maintained regardless of cost with invoices totalling over £10,000 since 2009. A new gearbox was fitted in 2018 and the sills were replaced in February 2020. Still retaining all its original Paul Smith badges including the Green Great Britain badge to its grille, the 9ct Gold enamelled bonnet badge, Original rear window sticker, Citrus Green glovebox interior, petrol tank, boot shelf and Paul Smith denim jack and tool bag.

Supplied with a comprehensive history file including a current V5 registration document, numerous invoices and a current MOT until February 2021.

A perfect opportunity to own such an iconic British classic, with fewer than 100 left on UK roads, this car will certainly appreciate over time.

Viewing strictly by appointment only.

Enquire nowFinanceBack to cars for sale